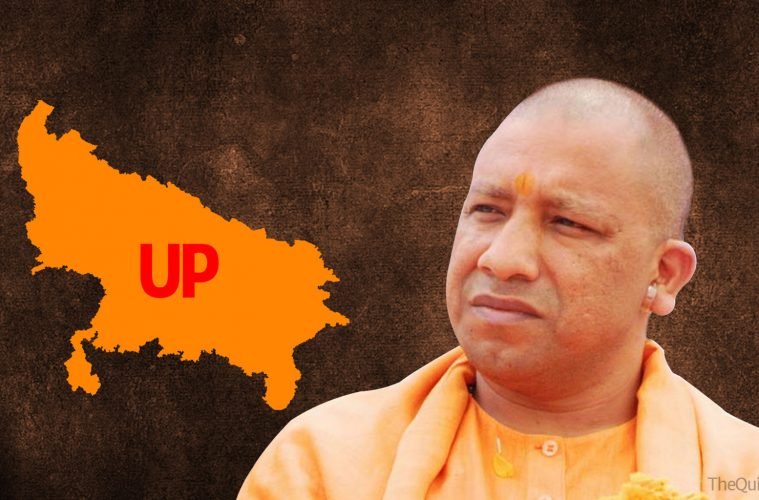 Yogi Adityanath Completes Six Months As CM: The Good, The Bad And The Ugly Of UP

Yogi Adityanath marched into power after Modi-led BJP’s landslide victory in Uttar Pradesh. With the slogan ‘Sabka Sath, Sabka Vikas’ and a tenure full of major decisions and some unfortunate incidents, he has completed six months in the office. His Government claims to have delivered to most of the promises that were made during the election.

Let’s look at the hits and misses of Yogi Adityanath-led BJP government.

Just after an hour of taking oath as the CM of Uttar Pradesh, Yogi Adityanath ordered all the ministers to declare their income and properties in the next 15 days. The ministers were also made to take an oath of cleanliness and honesty. With this step, he made it clear that there will be no tolerance on corruption in his Government.

Waiving the loan worth up to 1 lakh of small and marginal farmers was one of the biggest promises made by the BJP during elections. According to the Government, as many as 86 lakh farmers have benefited from this scheme. Their loans have been waived off. And they have been given loan waiver certificates.

The loan waiver turned out to be a boon for many farmers and a bad joke for many others. There have been reports of farmers receiving cheques of Rs 12, Rs 10 and even less than a rupee. Apart from that, the adverse effects of Rs 36,000 crore loan waiver on state finances are also noticeable. Not officially acknowledged, though.

Yogi Adityanath ordered a crackdown on illegal slaughterhouses, meat shops and smuggling of the cow. This is what he promised in the manifesto as well. It was indeed a very bold step and it received support from animal rights groups. Groups that have been running campaigns to shut down the slaughterhouses in which animals are treated brutally before they are killed for their meat. However, it has caused a loss of jobs in the meat industry. 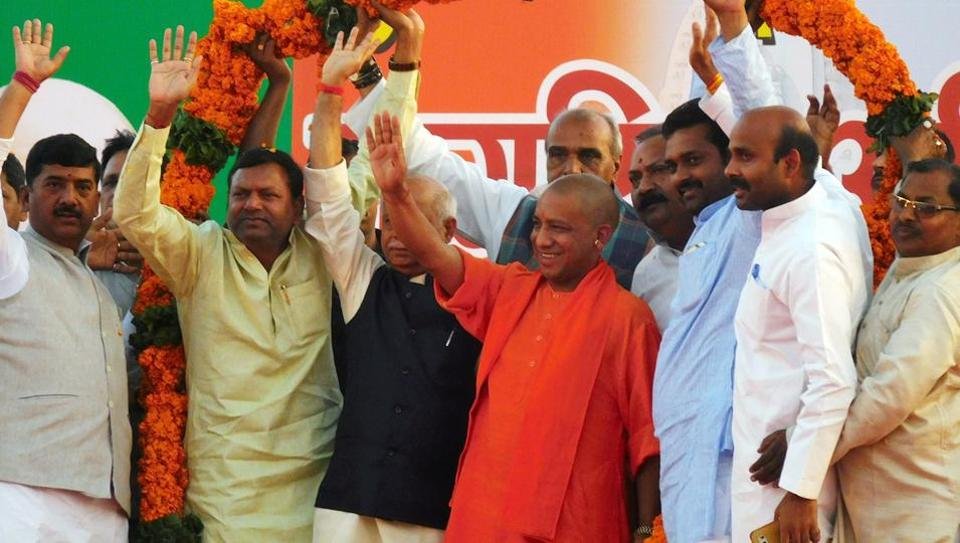 An ‘Anti-Romeo Squad’ was established across the state. It was set up for the protection of women and putting an end to the incidents of harassment. More than 7,42,000 people have been checked and approximately 538 cases were registered by the squad. The step was welcomed by the people of Uttar Pradesh initially. However, soon there have been reports of moral policing and unnecessary harassment that created an outrage among the people. Apparently, the police had started to interfere in the personal spheres of the lives of people.

The Anti Geo-Mafia Portal was established to put a stop on the illegal land-grabbing of Government and Private properties. This is because it allows people to file complaints of such incidents online.

In Uttar Pradesh, it has surely been the need of the hour. It has proven to be very helpful. The number of complaints has reduced. Immediate action is being taken against the land mafia.

With the slogan of ‘Na Gundaraj, Na Bhrashtachar, Abki Baar BJP Sarkar’ Adityanath came to power. He promised to establish law and order in the state. The most important issue in BJP manifesto was the crumbling law and order of UP. After six months, the Government claims to have delivered to most of the promises regarding law and order it made. Important measures have been taken to make UP safer. Police have never been so active against gangsters. 15 Gangsters have been killed in 420 encounters. The incidents of murders, robberies, rapes have seemed to decline in the past six months. 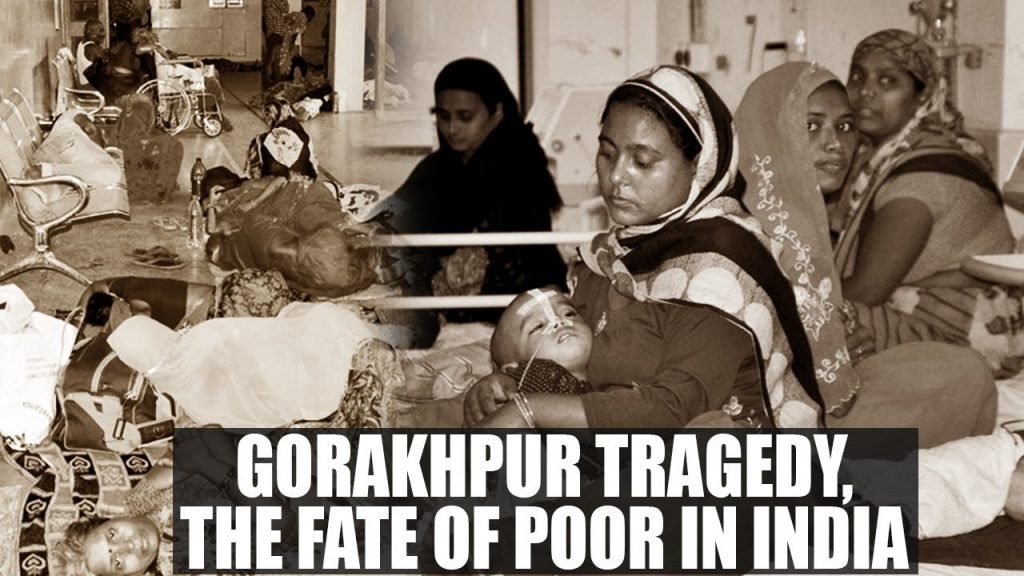 However, the Saharanpur Violence and Child Deaths in the Baba Raghav Das Medical College Hospital in Gorakhpur tells a different story. One of the most unfortunate, shocking and deeply saddening incidents that occurred in his six-month tenure was the death of 290 children in BRD Medical College in Gorakhpur. The constituency which the CM represented in Lok Sabha for five years. A total of 1,250 people have lost their lives since January at this hospital. Deaths in monsoon due to Japanese encephalitis, diarrhea, and pneumonia has always been a major issue. This is because of widespread malnutrition and under nutrition among the people.

However, this time there is a far more shocking reason behind the deaths. Various reports claimed that oxygen supply to children was interrupted or switched off. This was because of unpaid bills in Chief Minister’s own constituency. The government on the other hand has denied the charges.

Incidents like mob lynching surely raise questions on the administration. However, Yogi Adityanath has emerged as a reliable leader by delivering up to some of the promises. 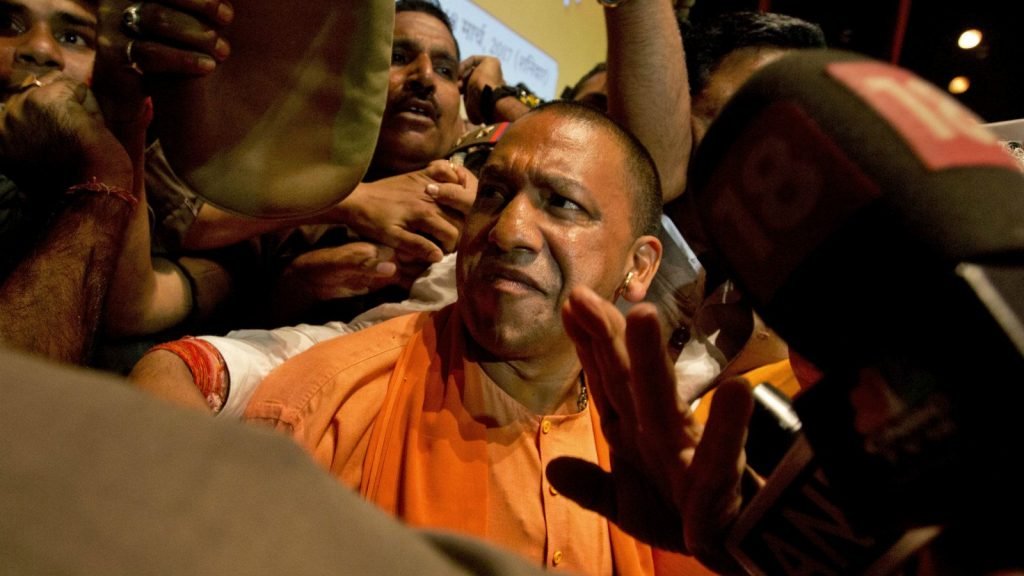 Steps like banning the consumption of Pan Masala or Gukhtka in government offices, hospitals and schools have proved to be helpful.  Red Beacons have been removed from the cars of Ministers. Making sure that no politician should enjoy a VIP status. Fuel pump owners who used to tamper meters of the fuel dispensing machines have been exposed and made to pay. Some other positive changes have been made that somewhat gives the impression that Uttar Pradesh is in safe hands.

There is still a plethora of unaddressed issues and promises. A better industrial policy, 24-hour power supply, jobs for youth, wheat and potato procurement,  opening more medical colleges awaits his attention. The last six months have been full of challenges and lessons for the Government. The upcoming future will decide how good a CM Yogi Adityanath proves himself to be.