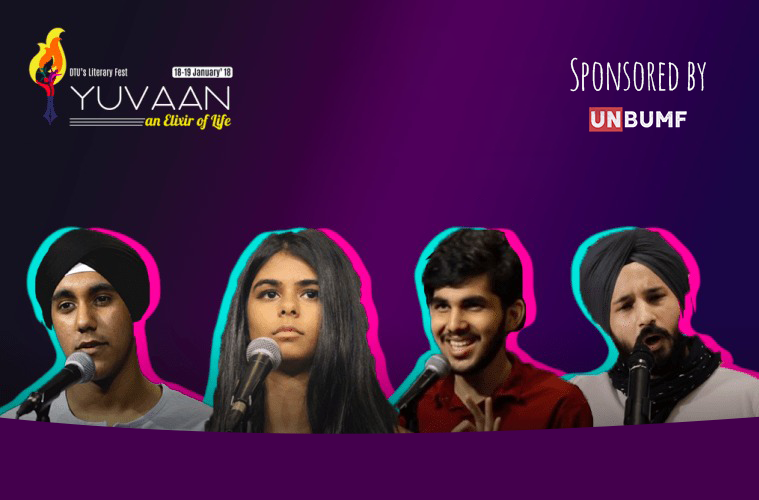 Heard Them On YouTube? Now Your Favorite Slam Artists Are Performing Live In The City!

“He’d make a decent writer, but an engineer sounds more.”

There was a time when poetry was limited to the friendly meets in the streets and the lonely nights of a broken heart. However, with the introduction of Slam Poetry in India, the broken hearts are speaking out in public and the streets are now being decorated to welcome poets.

We have been watching a lot of slam poetry artists but majority of them have been on YouTube, such is the fate of Delhites. However, we will be getting a chance to snap our fingers very soon.

A fleet of poets are headed to Yuvaan, a literary fest being organized by Delhi Technological University (earlier known as Delhi College of Engineering) to perform some lines with which college goers can relate to.

While last year a crowd of approximately 20,000 students turned up to see the likes of Major GD Bakshi, Rohit Sardana etc, this year the focus has shifted from journalism to poetry. This year they have an even better line up:

Yahya Bootwala brought out his definition of love in front of the world through his poem ‘Shayad Wo Pyaar Nahi’. He introduces himself as an aspiring actor, writer, poet, storyteller and a cinema lover. Yahya’s poem ‘cycle’ was also much appreciated for his innocent expression of emotions. To recite more his relatable poems, Yahya will be spotted at the event with his heart-warming smile.

Simar Singh is a 16 year old boy who is tired of being treated as an experiment of the society. He started performing on stage after an attempt on making people laugh with his ‘funny’ (we believe you, Simar) joke in an open mic. With the feeling of uneasiness of being treated as a guinea pig and the anger of being subjected to dramas and festivities that we didn’t ask for, Simar speaks the heart of youth out loud. He is known for his poems ‘Dear Religious Extroverts’ and ‘How to be a Man’ amongst others. The founder of UnErase Poetry will be seen reciting some of his works at the event.

Aranya Johar‘s journey of reciting started five years ago when she attended one such poetry event with her brother. The 12th grade girl’s thoughts on issues like misogyny, stereotypes, marital rape etc. were much appreciated after the video of her poem ‘A Brown Girl’s Guide to Gender’ went viral. The internet, as beautiful as it is, not only appreciated the poetess, but also encouraged her to recite more. Aranya is the curator and founder of Blind Poetry Sessions and co-curator of Throwback Thursdays.

Ramneek Singh: The poet, who believes that conflict gives birth to poetry, is famous for poetry in Hindi. Ramneek, through his poetry, shares his pain of partition and the current sad state of the country when it comes to war and politics taking innocent lives. With his poems like ‘Rhinchin and Dolma’ and ‘Paji’, Ramneek tried not only to share his pain but also to empathise with other people’s pain. Ramneek will be spreading his love for travelling and his belief in the power of expression. 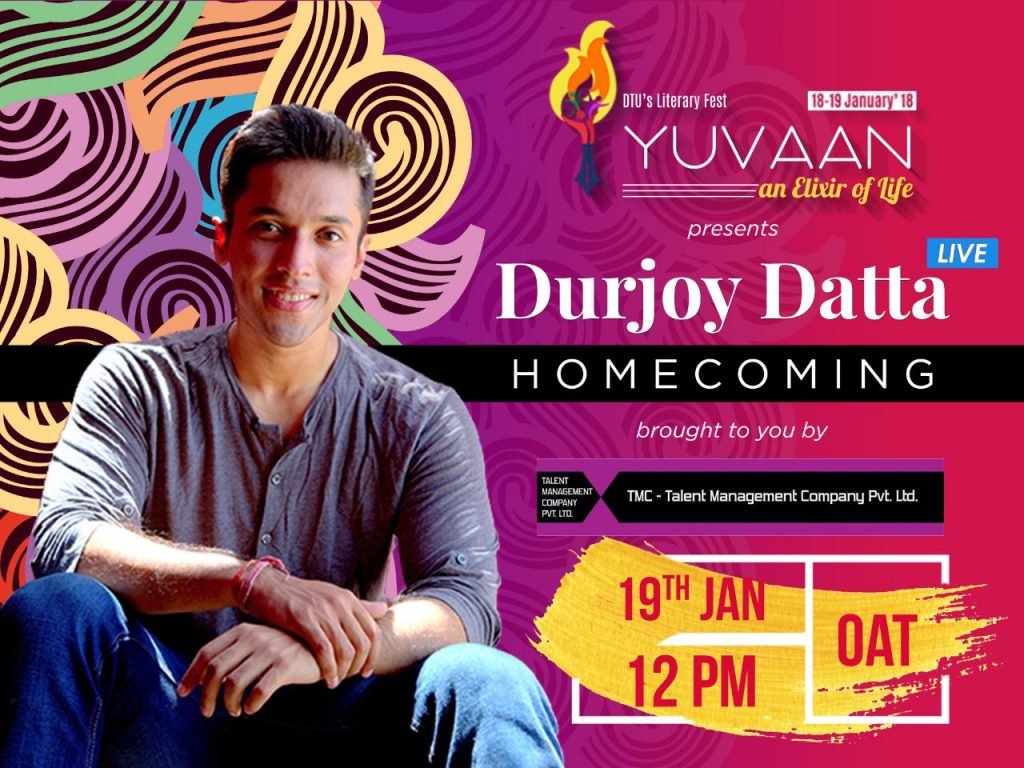 Apart from these poets, we can also get a chance to meet and listen to an ex-DTUite and famous Indian author, Durjoy Dutta. He is a famous novelist and screenwriter. Durjoy rose to fame with his first novel, ‘Of Course I Love You!’. The writer, known for his quirky titles and romantic tales, is a favourite of half the youth of our country. He is the author of more than 10 novels and writer of 4 television shows. He will be present at the event spreading smiles by weaving love stories.

Every poetry lover has a soft corner for sufi music just like every foodie has one for desserts. For all the sufi/qawwali lovers out there, the very famous Nizami Brothers would be there for a musical night. So be ready to drool over some amazing Sufi hits of the Nizami Brothers. 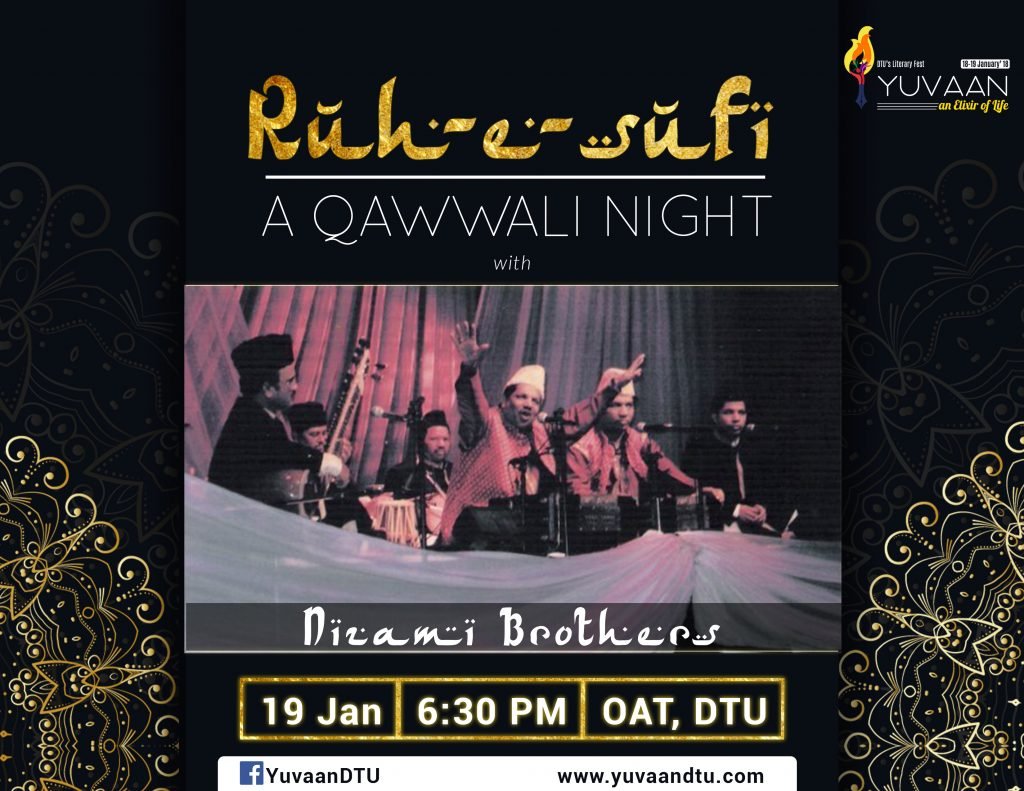 However, we always have one person in every group who thinks stand-up comics are better than poets (nope, never compare). For that one friend of your’s, DTU also has a stand-up comedy line-up. Eight upcoming comedians are waiting for a chance to tickle your funny bone. 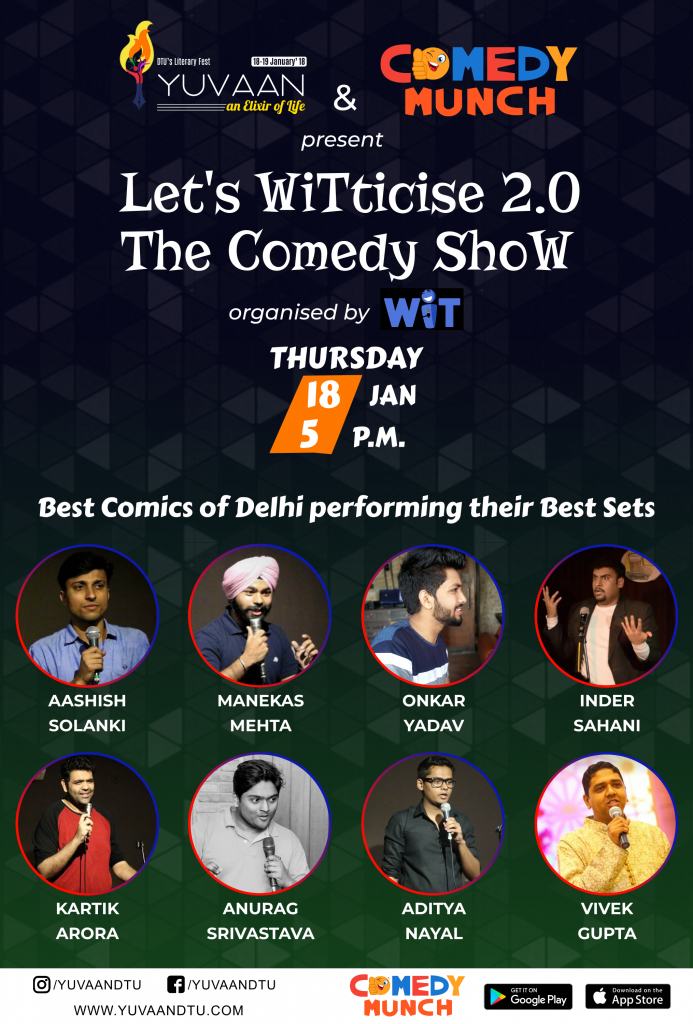 For all the literature people out there who forgot that this is a lit fest, there will be 12 formal events so you can have fun too. In addition to this, literature-inclined people can also enjoy the very famous and successful Human-Library. 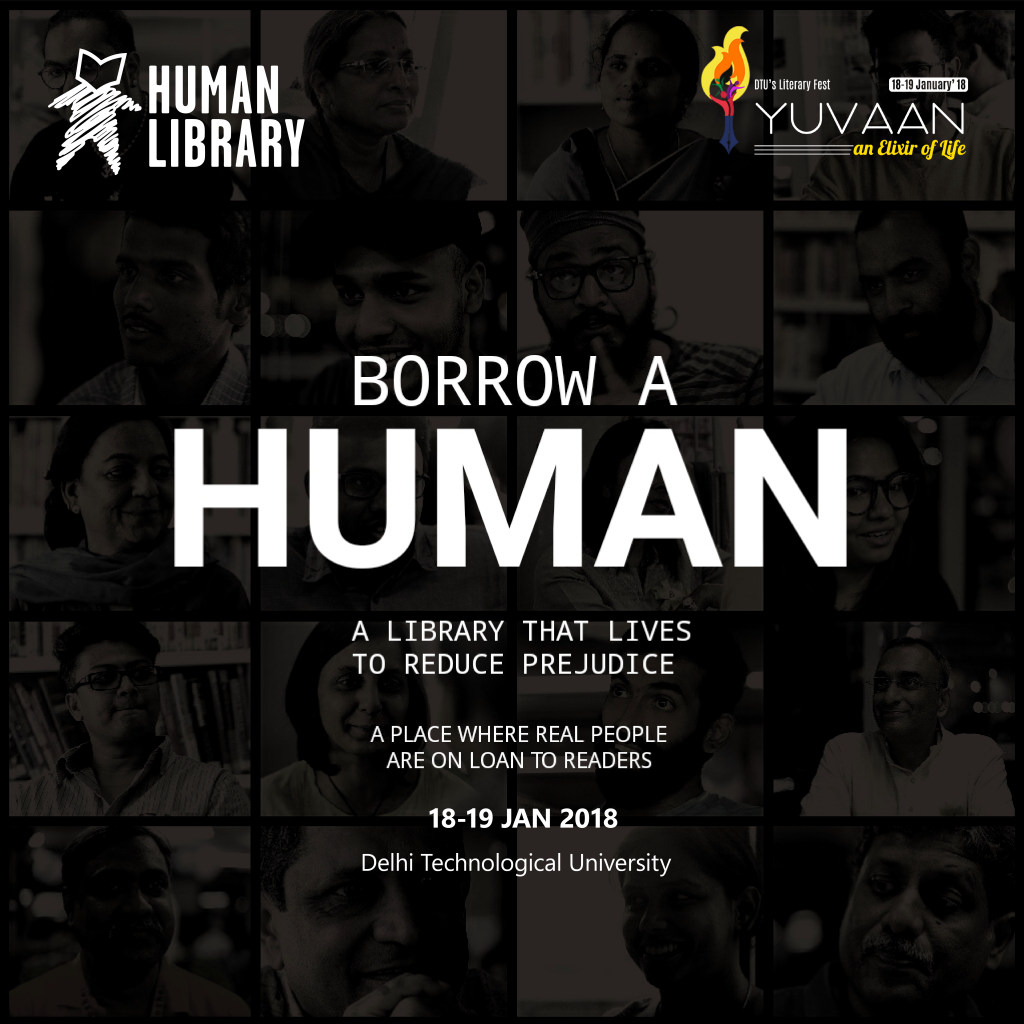 If the event didn’t already have something for every person of your group- there’s going to be magic. No, I meant that literally. See, engineers can do anything. Magic also. Yuvaan will be presenting an engineer turned magician to amuse you with tricks. And he can read minds as well. So, well, all the best!

The inaugural event is on the 17th of January and the dates for the fest are 18-19th of January.

So, bunk your lectures (don’t you already?) and book your dates. It’s not daily that you get to enjoy thes company of some of the best youth talent of our country.