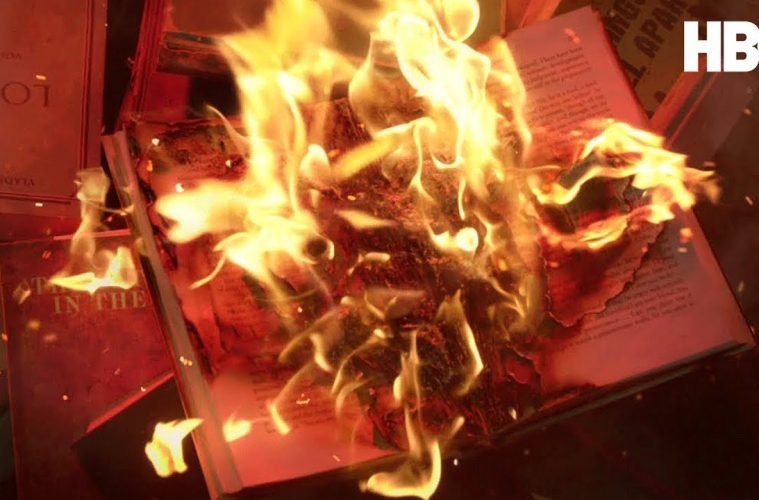 You Should Be Excited for HBO’s Fahrenheit 451 And Here’s The Reason Why!

Picture yourself reading a book.

It is a rainy day as you sit near your balcony door made of glass. The rain pours all over the balcony. The sound of the drops falling relaxes you as does the reflection of the rain drops on the glass door. There is a book in your hand as you lean against this very glass door and then slowly, but steadily, the words of the book, the images they create, the sound of the rain; the tranquillity seeps into your mind, into every fibre of you and you feel yourself moving beyond time and space.

The book is everything, the story ensconcing your psyche and shaping images, sensations and emotions within your mind. The world is quiet and far away and it doesn’t matter how much time has passed since you began reading or anything else, for that matter.

Now that the picture is clear, imagine that someone breaks into your house, snatches the book from your hand and burns it before your eyes. Soon, all your books follow and so does your house. You are arrested for having and enjoying books because they have been outlawed. The world has suddenly lost all colours, all its magic and all the splendour a creative mind adds to it. Every sensation of wonder and joy you felt is now, quite literally, ash.

This, my friends, is the setting for Fahrenheit 451, written by Ray Bradbury. 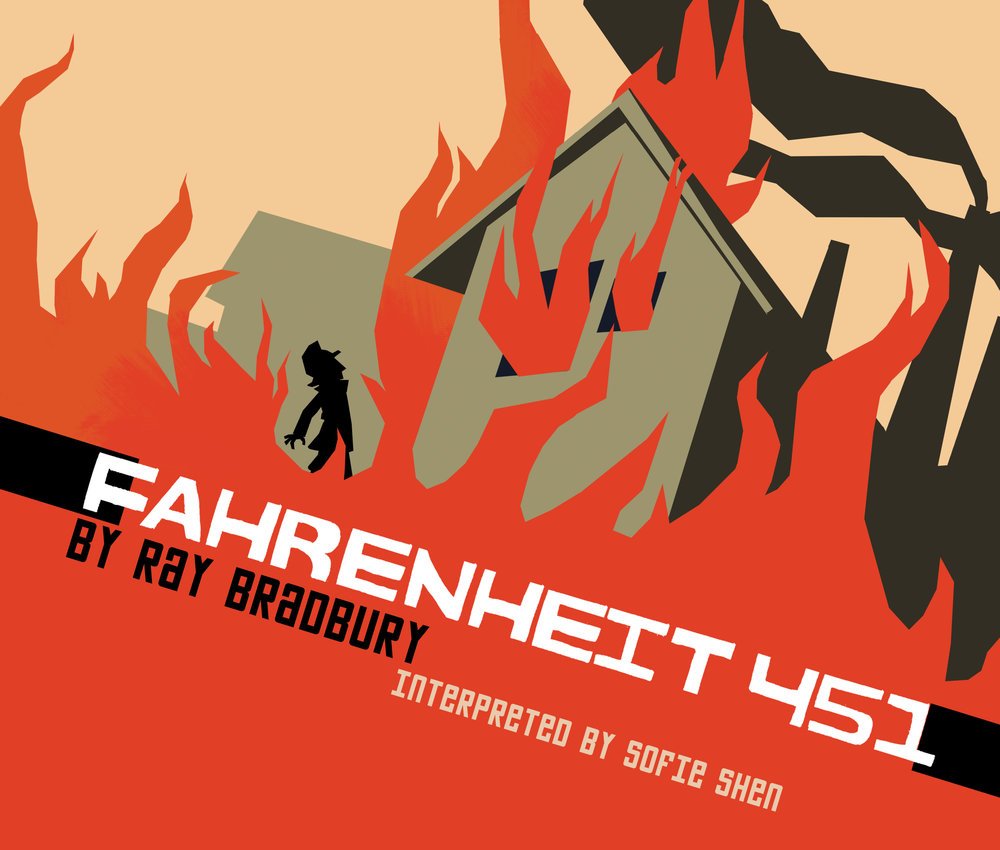 A Story with a Timeless Theme

The world of this book is a dystopia, in case you haven’t guessed it. Books are outlawed and banned and people who read them are outcasted as criminals. The protagonist of the book is a ‘fireman’ by the name of Montag.

In this world, however, ‘fireman’ does not refer to the brave souls who jump into fires to protect those endangered. Instead, the word refers to people whose sole task is to find those who read books. Burn those books, burn their homes and if necessary, burn them as well. Like all science fiction dystopian stories, the protagonist undergoes an experience throughout the extent of the book that changes him and his outlook towards the world as a whole.

It is no secret as to how timely this novel, written in the 60s, always feels.

No matter what age we live in, the value of creative speech and expression is timeless. There are always people who speak through art. People who express themselves through these musings and create change or inspiration for those who appreciate their work. This is one of the primary themes of the book. The squashing of dissension amongst a people by destroying their ability to create and imagine.

It is not something we haven’t seen. In the past year itself we have read news stories of journalists being shot for telling the truth. Filmmakers being harassed just because they dared to create art free of the various constraints that society places upon us.

That is not the only theme at work, though. Since books are banned, characters are shown to immerse themselves in what can only be described as interactive entertainment centres.

Basically, four glass walls which you sit inside and watch a television show on. Such is the technology that you can even be part of the show. Just be reading a few lines of dialogue and feeling yourself as being part of the program. The program itself is meaningless drivel, designed to occupy the mind rather than stimulate.

In case you are wondering how that is relevant in 2018, tell me, what device are you reading this article on? 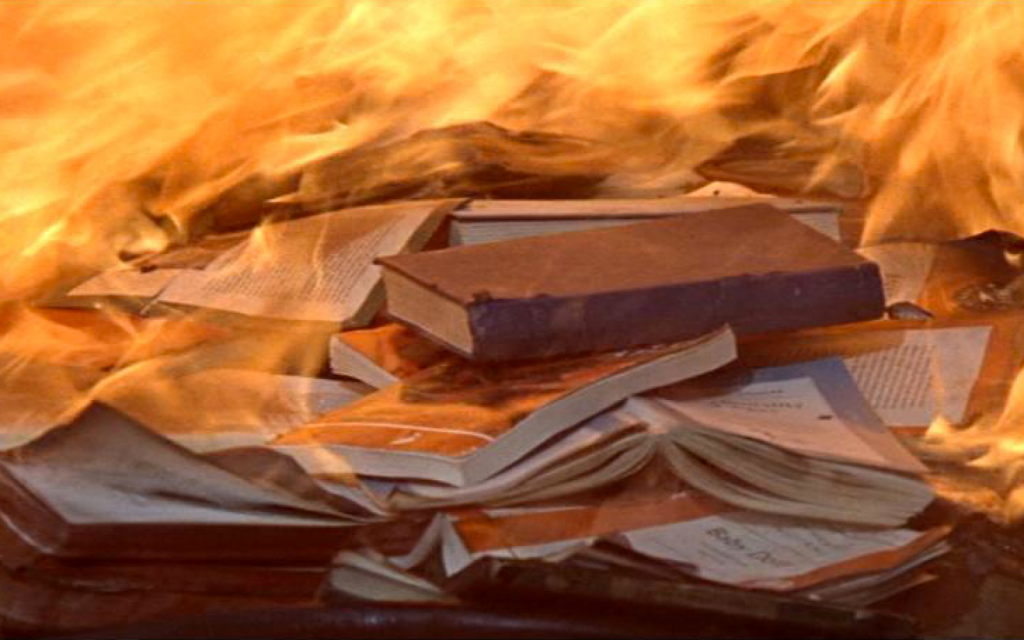 Also, the entire story works as a metaphor for something that is comparatively simpler to the rest of the themes being discussed or dealt with.

To put it in very simple terms – when was the last time you felt almost persecuted for valuing a book as more than an object? Don’t answer. We know what you are going to say.

The story of Fahrenheit echoes that metaphor. People who are actually well read are poor and considered insane, the perpetrators of chaos. The people, who do not read, on the other hand, live in cities, have huge houses and are considered the future of the world. One character remarks on how we need books to learn from our own mistakes lest we repeat them again and again.

Hence, one may be persuaded to imagine the state of the world with a Donald Trump presidency and no stories or accounts of the Holocaust even existing. That should give you sufficient food for thought.

Why look forward to HBO’s adaptation?

This isn’t the first time the novel has been adapted to other forms of media. Film, radio, theatre, computer games and even comics have adapted this novel into different forms. So it doesn’t need a lot of guesswork to see why, in this age of movie adaptations, Fahrenheit 451 gets yet another ago. And if you read all the points discussed above, you could probably see why a film like this would make sense.

No time period has ever been more in want of the truth that we find in most creative works. Today, the world is divided more than ever. With more people being silenced than those speaking up. In times like these, a film like Fahreheit 451 would help in inspiring those who wish to shed their garb of silence and a reminder to those who force that garb to remain. 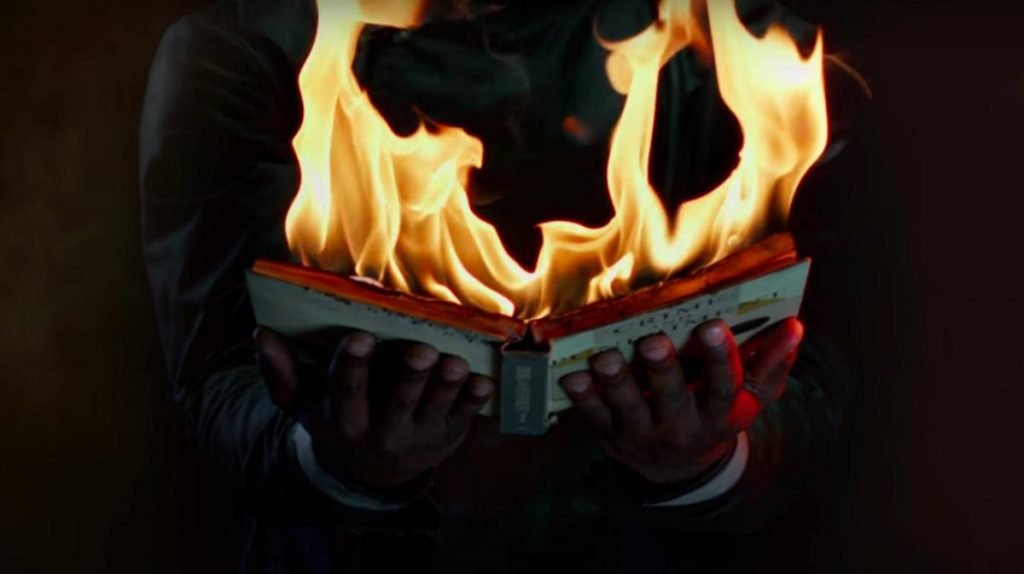 However, seeing the huge responsibility an adaptation like this would burden, it wouldn’t be wrong to expect the very best behind the camera and before it. In that respect, the adaptation has already one, as the talent associated with the project is phenomenal.

The film is directed by filmmaker Ramin Bahrani, known for his film Chop Shop. He has received many awards for his work and Roger Ebert actually considers him the best director of the previous decade for that very effort. The fact that HBO is producing the adaptation is also good news, for if there is a channel known for placing no limits on its creators, it is HBO.

As for the cast, well, there can be no disappointment there. The lead of the film, Montag, will be essayed by none other than Killmonger himself i.e. Michal B. Jordan. Supporting him is Michael Shannon as his supervisor, Beatty. Sofia Boutella has been cast as Clarisse, a pivotal character which I really can’t talk much about. Also, one of the surprise additions to the cast is Lilly Singh, our very own Superwoman of YouTube fame, in a mystery role.

One very hopeful sign is the addition of more female members to the cast. While the novel tells us a story that is timely in theme and philosophy, there is a lot lacking in the department of female character development. 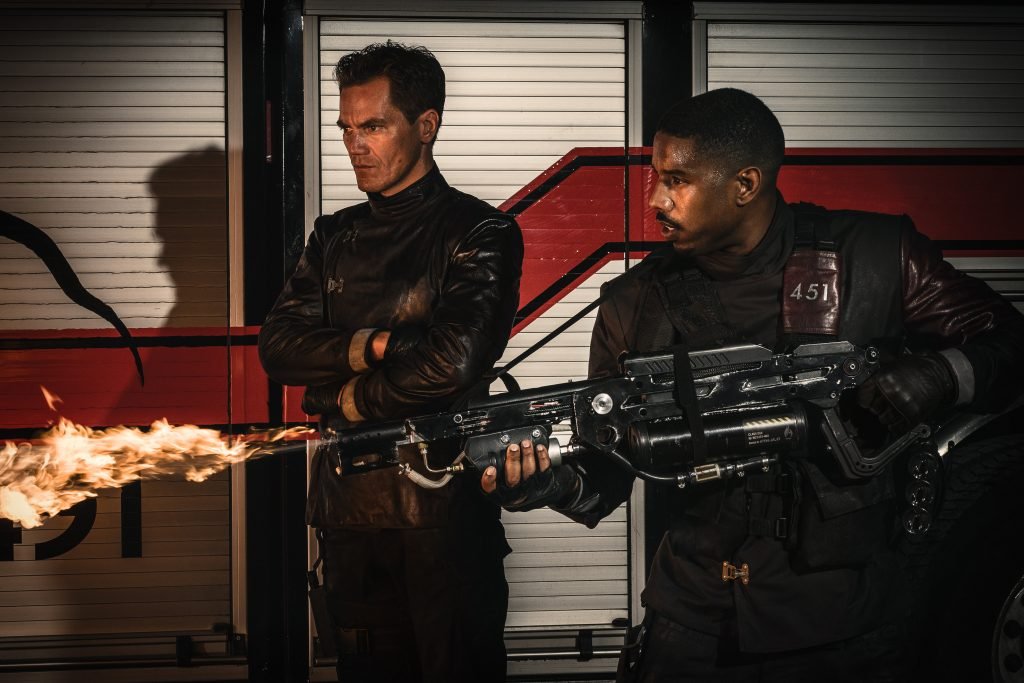 Clarisse is the only character that has personality and some strength whatsoever. All other females apart from that are just dumb and empty shells. Something, which would have resonated more had any of the scholars been women but sadly, no. It looks like the movie is looking to correct that and that should be all the more reason to enjoy this film. The addition of a new and much required perspective.

Fahrenheit 451 releases sometime in May, the date still unclear.

Whatever the date may be, though, this is a film that needs to be watched by everyone. People who do not read may be served with an understanding of what a world devoid of creativity looks like. People who do read will be reminded of what that creativity means and why itis important. As for those who create, one can only hope a film like this renews their vigour and replenishes their drive in this world of SEO, short-read articles, social media and fake news.

And yes, I say all of this with the assumption that the film is going to be great and something to be remembered. I can’t wait for it, having read the novel and will be glued to my screen the day it arrives.

Lastly, I would like to suggest everyone to read Ray Bradbury’s book. It is something that can be read by anyone, no matter what their age or situation.

Read it and hopefully, you will be as excited about Fahrenheit 451 as we are.