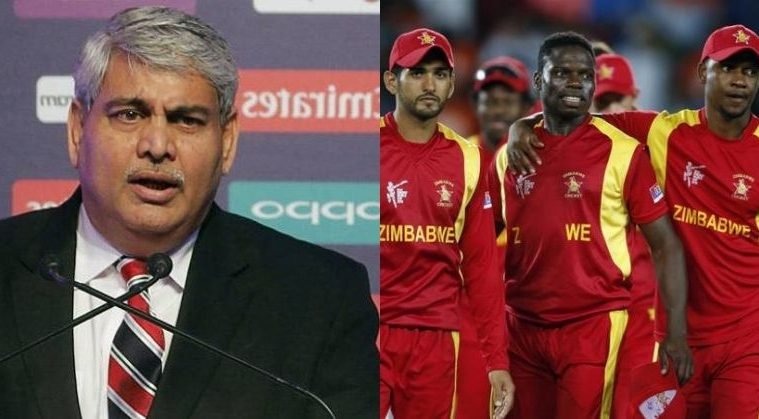 Zimbabwe Cricket is probably going through their worst phase. Meanwhile, the cluster of problems seem to be never ending. If you felt that failing to qualify for the 2019 World Cup meant that Zimbabwe had hit rock bottom, you are absolutely wrong. ICC’s recent decision to suspend them means that the board which has always been under huge financial pressure will stop receiving aid from the apex cricket body.

The WT20 qualifiers are scheduled to take place in October and November this year while for the women’s team, it’s in late August. With the situation unlikely to improve then, their participation in the tournament is under jeopardy. The ICC tournaments provide them much relief in terms of financial aspect. However with the opportunity gone, no doubt the administration will be stumbling upon further losses.

The ICC Statement On Suspension

“Should you wish the ICC to reconsider your suspension, you are required to take all relevant steps to ensure that the Board of Zimbabwe Cricket elected on 14 June 2019 is unconditionally reinstated forthwith and, in any event, no later than 8 October 2019 so that the ICC Board can review the matter when it convenes on 12 October 2019 for its next meeting,” the statement from ICC reads. “You are also required to provide satisfactory evidence to ensure that the Zimbabwe Cricket will administer its affairs free of external interference and influence.

“Should the ICC not receive a satisfactory response from you on the above terms, within the stipulated timeframe, the ICC reserves its right to take such further action as it deems appropriate including to proceed by way of termination of your membership as provided for in the Articles of Association.”

The Downfall of Zimbabwe Cricket

Reminiscing their prime days when they were expected to be the next big thing, producing great cricketers like Andy Flower, Grant Flower, Tatenda Taibu and Heath Streak. Hosting the 2003 World Cup and proceding to the Super Six(even if you count that lucky). But the fact of the matter is that the country always had problems. It took the infamous Henry Olonga incident to signify the world how deep rooted it was. What followed was a decline in Zimbabwe cricket.

They underwent a 17-match losing streak the following year. The political turmoil continued to worsen and that clearly affected the cricketing standards which saw Zimbabwe’s Test status being revoked. While they did return to the format half a decade later, the Zimmers continued to languish at the bottom of the pile. In 2013, Zimbabwe created history by defeating Pakistan in a Test match in 2013. However, that too failed to help their cause.

Out of all the teams that have played more than 200 international games, Zimbabwe has the worst win percentage ratio inspite of playing the top nations quite rarely. 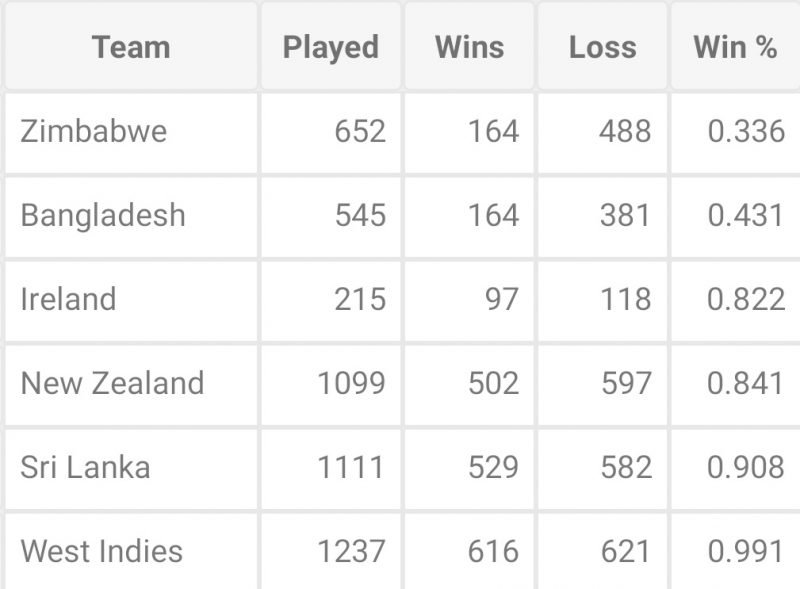 Recently, Zimbabwe even called off a triangular series involving Bangladesh and Afghanistan. This was owing to their inefficacy to hold or oblige any future tour programmes or even their own domestic competition. The future for Zimbabwe Cricket seems bleak. There are a thousand uncertainties and no solution. The indicative of hopelessness of a future is in Sikandar Raza’s recent interview with ESPN Cricinfo. With his comment, he asserts, ‘Do we just burn our kits and apply for jobs?’

Maybe Zimbabwe Cricket can sort out its administration. Or maybe the ICC can sort out the financial aid for the time being; give the board some more duration. Also, revoke the ban to allow their participation in the qualifiers. Maybe the BCCI can step in being the richest board as they have for Afghanistan time and again. After all, talented players like Brendan Taylor, Sean Williams, Raza don’t deserve their livelihood to be taken away. Or else we’re staring at the death of Zimbabwe Cricket.